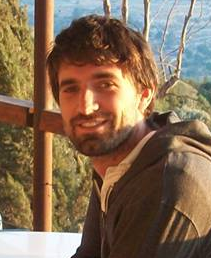 Christopher Somerville, Urban Agriculture Consultant at Food and Agriculture Organization of the United Nations (FAO), holds an MA in Development Studies and has led on a number of urban agriculture projects in Gaza and the West Bank since January 2012.

As one of the fastest-growing food production sectors, small-scale aquaculture activities have the potential to stabilize livelihoods of poor rural and coastal families in the Gaza Strip. Water and high quality soil are scarce resources in urban and peri-urban areas of the Gaza Strip, where food and nutrition insecurity is high.

In 2012, through a generous contribution from the Kingdom of Belgium, an emergency food production initiative was launched by FAO which included the pilot of small-scale aquaponic units on rooftops and supported by training.

The project targets poor and vulnerable families in urban and peri-urban areas through the provision of agricultural inputs and technical support to develop and demonstrate simple household garden and aquaculture systems for vegetable and fish production in Gaza. All beneficiaries received training (animal care, proper use of tools, irrigation systems, crop management, planting times, seedling preparation, fertilization, organic and natural pest control and seedling protection techniques) in order to maximize the use of inputs received.

Given that access to good agricultural land and water will continue to be a chronic issue within Gaza, aquaponics and other soilless culture methods can serve as an applicable food production option mainly due to efficient water utilization and easy installation of each production unit (fish and plant) on any flat, urban platform using local low-tech materials.

Denise A. Herbol, Mission Director at US Agency for International Development, Jamaica

Denise A. Herbol was sworn in as USAID Mission Director for Jamaica on November 4, 2011. A career Senior Foreign Service Officer, she guides her team of 29 staff to achieve results in a challenging political and security environment. Program resources are approximately USD $20 million and focus includes three main areas: 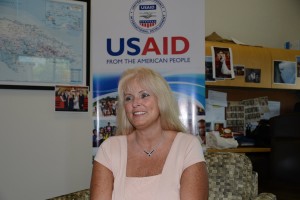 The mission also works to develop the capacity of local non-governmental organizations.

Herbol served as the senior deputy mission director for USAID/Pakistan from 2010 to 2011, helping to lead complex and challenging programs in Islamabad, Lahore, Karachi and Peshawar. From 2008 to 2010, Herbol was the mission director for USAID/Lebanon, working with staff to promote democracy and governance, support enhanced learning environments for public school students, and help restore the livelihoods of communities that surround the Nahr al-Barid Palestinian refugee camp. Herbol also regularly served as acting deputy chief of mission.

Herbol was the deputy mission director with USAID in Iraq from 2007 to 2008 and was the lead coordinator for the U.S. Embassy in support of Internally Displaced Persons in Iraq. She was supervisory executive officer to USAID’s mission in Colombia from 2004 to 2007 and she participated as member of the 43-section interagency team in Colombia developing a consolidated U.S. Government multi-year country strategy and country operational plan addressing counter-narcotics and counter-terrorism.

Herbol has also served as supervisory executive officer in India, the regional mission of Ukraine, Belarus and Moldova, and Uganda. From 1994 to 1997, Herbol served at USAID’s mission to Albania. When the Government of Albania fell due to the collapse of illicit banking pyramid schemes, Herbol was part of the core interagency team that remained to support the Embassy evacuation in March 1997.

Herbol earned her Bachelor of Science degree from the University of Pittsburgh. She has had extensive contract training and attended the Federal Executive Institute Executive Leadership Program in 2002. She has received numerous awards from USAID, most recently a Superior Act Award for her service with USAID/Pakistan. She was a Peace Corps Health Volunteer in Lubondai from 1980-1991. 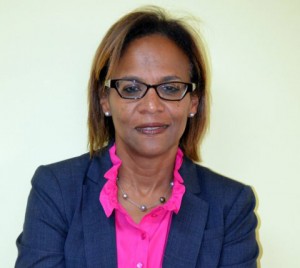 Therese Turner-Jones, a national of the Bahamas, is an economist graduated from the University of Toronto who holds a master’s degree in economics from the University of East Anglia, United Kingdom. Her appointment as Country Representative in Jamaica for the Inter-American Development Bank became effective May 1, 2013.

Mrs. Turner-Jones has more than 20 years of experience in the areas of macroeconomics and economic development, with particular emphasis in the Caribbean. She has served in key positions in the International Monetary Fund (IMF), including most recently as Deputy Division Chief for the Caribbean II Division, Western Hemisphere Department, and previously as Advisor to the Executive Director for Canada, Ireland and the Caribbean. Previous to her work at the IMF, she was the Deputy Manager of the Research Department for the Central Bank of The Bahamas.

Mr. Beecher has portfolio responsibility for the MIF operations in Jamaica, the Bahamas and Belize. Before joining the IDB, he served as CEO of the National Development Foundation of Jamaica, an NGO that offers micro and small business financing as well as capacity development for small- to medium-sized enterprises. He also served in various senior positions at Carreras Group, specializing in project management, business development and information technology for the Caribbean. He holds a BSc from University of the West Indies and a MBA from the University of New Orleans. 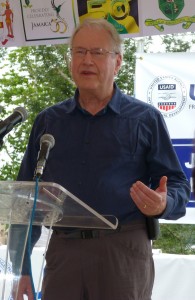 is the executive vice president of INMED Partnerships for Children, a nonprofit development organization dedicated to rescuing children from immediate and irreversible harm and preparing them to shape a brighter future for themselves and the next generation.

Dr. Jackson has more than 40 years of experience in directly overseeing and consulting for programs focusing on maternal and child health, nutrition and agriculture. He has worked directly with, and been appointed by, several national and international organizations such as the National Institutes for Health (NIH), USAID, the United Nations and Save the Children.

His work has taken him to several countries, including Bangladesh, where he founded and directed a services and research unit for severely malnourished children jointly with Save the Children UK and The Johns Hopkins University (JHU). He also served as the in-country director of the International Center for Medical Research in Dhaka, Bangladesh, a regional research unit of the JHU funded by NIH.

Most recently, Dr. Jackson has researched and implemented aquaponics systems, an innovative farming technique that cultivates plants and aquatic animals in a recirculating environment. These units are designed to conserve water and the environment and provide food security and income generation for small farmers.

Dr. Jackson has a Ph.D. in immunology and infectious diseases from the University of California, Berkeley, and has been extensively published in a number of prestigious medical journals.

Join us for a special demonstration of creative, healthy food preparation from aquaponics production with renowned chef Michael Dannecker.